2016 in Review
Another year has flown by, and once again the FPM team has witnessed dreams become reality. 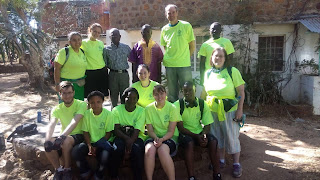 In summer 2016, members of the Purdue University Wesley Foundation and Congolese FPM team members did what had initially sounded impossible: they traveled together by bicycle up the Red Road all the way to Mulongo to visit the communities in DR Congo where FPM works. The experience was eye-opening and inspiring for all involved. The friendships built on the road promise to lead to further collaborations this year.

Completed Construction Projects:
On the construction front, the 2016 priorities were the completion of the Foyer (women’s training/community center) and the maternity wing of the nursing school. Thanks to your contributions, the floors, doors, roof, windows and painting of the foyer were able to be done despite the unexpected major wall collapse mid-construction. The foyer’s sewing initiative is officially starting--special thanks for the designated gift of sewing machines for the center. 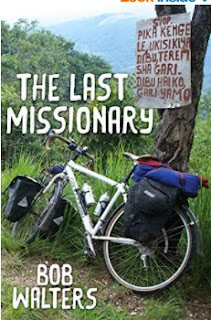 We were elated to announce that The Last Missionary, Bob’s book about his reflections and adventures on the Red Road, has been published and is available in paperback and as an e-book. This is the first book in what is planned to be a series of FPM publications.

Transportation:
This year 30 bicycles were strategically distributed to leaders in Tanganyika conference. The FPM boat was used to provide transportation for many of the delegates to the 2016 annual conference. Our heavily-used DAF truck was broken-down upcountry for much of the year, but we managed to get it back to Lubumbashi for repairs.

Nursing School:
FPM continued its tradition of funding scholarships for women nursing students thanks to the generosity of our friends in Arkansas.

Education of orphaned youth:
Once again, FPM provided supplemental university scholarships to orphaned youth, including making sure each of our young adults at Africa University had a functioning laptop. We also financed the sewing of new school clothes and the purchase of school supplies for all the youth at the United Methodist orphanage in Kamina.

Conflict Response:
We are sad to report that violence has again erupted in Manono and surrounding areas.  This time it is due to a long-simmering tension between Bantu and Bashimbi (Pgymy) people.  Rev. Joseph Mulongo and the rest of the Congo-based team have been working sacrificially to provide shelter and relief to the displaced as well as seek ways to build peace.  More info.

2017 Plans
2017 is full of unknowns.  FPM is committed to supporting our long-term initiatives.  The exact details of what we do in 2017 will be impacted by the vision of North Katanga and Tanganyika’s next bishop (elections in March) as well as the political situation in DR Congo due to the postponement of presidential elections.  As always, we have many dreams we are keeping mum about until later in the year.